MotionElements is among Singapore’s most promising SMEs for the year 2014 as endorsed by the Promising SME 500 Campaign for its exceptional achievements and contributions to the entrepreneurial culture in Singapore.

MotionElements Pte Ltd (www.motionelements.com) has distinguished itself, as one of the Promising SME 500 Campaign’s most honoured Business Luminaries for the year 2014. The distinction comes shortly after the company’s successful showing in the recent 2014 NAB Show in Las Vegas, Nevada and is in appreciation for the rapid growth that the company has enjoyed over the past year. 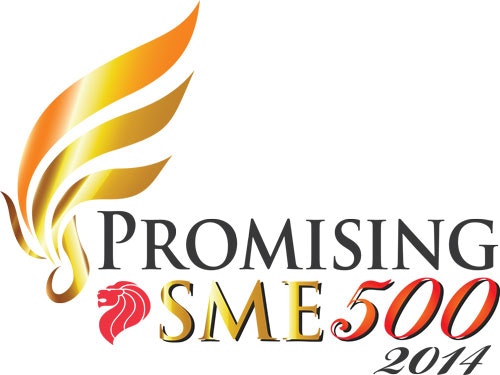 The Promising SME 500 Campaign was spearheaded to recognise the exceptional achievements of businessmen and women in Singapore, highlighting their commercial success and also recognising their contributions to the economy and the community at large. This campaign also serves as a platform to inspire aspiring entrepreneurs to likewise pursue their dreams and ultimately to create a sustainable entrepreneurial culture in Singapore.

The Campaign Advisory Panel and main organisers include industry top executives and consultants from the fields of Banking and Finance, Human Resource, Academia, Politics and Business Management. Through SMBA, this campaign is also closely affiliated with students from top local Universities such as NUS and SMU – and is dedicated to supporting youth entrepreneurs and youth business clubs such as the NUS Entrepreneurship Society (NES) in their efforts to promote entrepreneurship among the youths and young adults of Singapore.

Initially set up on 2007, MotionElements has worked its way in gaining traction in the global community of artist contributors. What started as a response to the lack of availability of readily made video content for broadcast and commercial ready productions, the company has since made a name for itself as one of Asia’s largest online marketplaces for royalty free stock media. The Singapore company now boasts a respectable library of high quality HD and 4K content and is complimented by its most recent addition of Adobe After Effects and Apple Motion templates to its rapidly expanding content offerings.

The distinction marks a new milestone to the rapidly expanding company founded by two individuals whose roots are from the creative industry. Asked on what is essential in the industry, the company’s unique selling points and plans for the future, Mark Sun, one of the founders of MotionElements, shares “Being users ourselves, we are always trying to be in touch with our customers, to be constantly on the lookout for new and better ways to solve problems and provide better value”. Joanne Chua, one of the founders, adds that “We have invested substantially in improving search as we look forward to introducing more new content and having convenient yet creative ways of finding them.”

MotionElements is a Singapore based online marketplace for royalty-free stock animation, video footage, After Effects and Apple Motion templates. It s supported by both the Media Development Authority of Singapore, Ministry of Information, Communication and the Arts, and Angel Investors. The site is viewable in English, Japanese, Traditional Chinese, Korean, and Deutsche languages.

About the Promising SME500 Campaign

The Promising SME 500 2014 Campaign is supported by the Small Medium Business Association (SMBA), a business association founded to build and nurture the next generation of business leaders in Singapore whilst promoting business excellence among established local SMEs.