Lynne Publishing was first started in England in 2000 as “Lynne Publishing Ltd”. Founder Bjorn Lynne personally started in the stock music business on a very small scale in late 1999. Before that, Bjorn was already composing bespoke written music for various clients and had worked on projects such as videogames and independent film productions.

It was not until he stumbled upon the concept of “royalty-free music” on the internet one day that Bjorn started to get interested in licensing out his music. Having produced quite a bit of instrumental music, Bjorn was constantly looking for new ways to make an income on his talent.

Learning the ropes along the way, Lynne Publishing now has over 100 other independent musicians and over 30,000 audio tracks licensed under its name. Bjorn Lynne tells us how he did it.

MotionElements: Greetings, Bjorn! Thanks for taking the time out to answer some of our questions. Can we start off with how you started off?

Bjorn Lynne: I first started selling stock music by creating a simple stock music / royalty-free music site containing only my own music, that I had personally composed.

I literally sat down and produced 10 “corporate” tracks, 10 “pop” tracks, 10 “soft” tracks, and so on. My website at the time was completely static HTML and I would literally have to update the HTML on the web site, each time I added a new music track. Even though it was kind of clumsy and ineffective, I made some sales and this gave me the inspiration I needed to keep working and keep growing my business. Today my company has over 100 different composers / contributors who submit music for our catalogue and we have published over 4,300 tracks so far.

ME: Where are your artists from?

BL: Even though we are located in Norway, we have composers and producers all over the world writing music for us; from Iceland to Tanzania, from the UK to the US, and from India to Argentina, and more.

ME: How would you describe the work of Lynne Publishing?

BL: I would say that we are a varied and mixed group of reasonably young and creative composers, songwriters and producers. Together, we produce fresh and varied music – most of it instrumental, but occasionally also some vocal tracks. We are motivated and enjoy what we do, so I think the result is a lot of good music, throughout the genres of Pop, Rock, Folk, Classical, Ambient, Electronica, Techno and more.

ME: And you manage them all by yourself?

BL: We are two full time employees, and we use several external freelancers who do tasks and projects for us, from time to time. 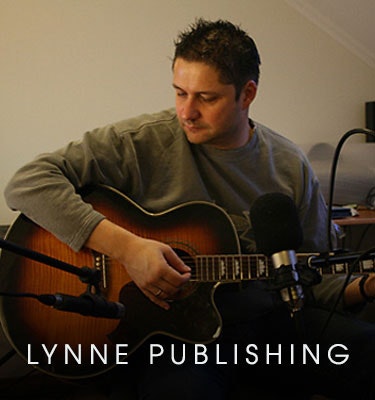 ME: Now that we know a bit more about Lynne Publishing, tell us more about what you guys are up to now.

BL: We have several projects on the go at the moment, including a new album of pure acoustic guitar music, being composed and performed by a very talented Argentinian guitarist who writes and performs on a special 7-string Nylon string acoustic guitar, with a very warm and intimate sound.

Also, we have a guy in Nashville Tennessee working on an album of bright and positive “music for Daytime TV” (Imagine the music from shows like the Ellen Degeneres show, Friends, and many home improvement shows, property shows, daytime light entertainment shows, that kind of thing). We’re recording those with a full band, and they sound great so far.

Additionally, we have a specialist classical music arranger/conductor who is working on new and authentic recordings of some of the most popular classical pieces by Mozart, Tchaikovsky, Vivaldi and so on. This is an ongoing work and he submits new pieces to us a few times per year.

These are all typical of the types of projects that we have going on at any time, as we released about 30-40 new tracks per month, on average.

ME: Sounds like you have really got your hands full and it’s all really exciting! What would you say is the best part of it all?

BL: Besides composing and producing music myself (I have personally composed and recorded over 500 music pieces), I take great joy in being able to work with so many talented people and exchange ideas and artistic views with like-minded people from all over the world.

In today’s world it’s so easy to stay in touch with people, no matter where they are located, so every day I communicate with people from India, Argentina, USA, UK, Germany, Scandinavia and all over the place. I guess that is the most enjoyable thing about my work these days.

ME: How do you think that makes a difference in the work you guys produce?

BL: Because we are a “collective” of composers and music producers, we are from different parts of the world and we are of different ages, it’s safe to say that our inspiration comes from a very wide variety of past and present music.

Good quality music in any genre, from any era, inspires us to work on new stuff.

ME: Do you have a favourite, or a pet project, among all these?

BL: To be honest, my favourite piece that I have composed and produced myself, has not even been released as stock music or royalty-free music, because the music is kind of, well, let’s just say it’s not really suitable as stock music.

I think my own personal high point, musically, was the release of my CD album “The Gods Awaken”, which is an album of kind of progressive rock, or classically inspired fantasy rock. This music was not suitable as stock music, so you won’t find it on MotionElements, but you can find it at iTunes and other music retailers.

As far as music that is available as stock music, well, there are many but actually my best-selling stock music track of all time is this one called Comfort Pulse, which is not a complex or difficult piece, but one that lends itself well towards use in presentations of business, technology and so on. It has been licensed a lot of times through the years and it’s still quite popular.

ME: So now, if I gave you a once in a lifetime project, and you could only grab one piece of equipment to bring with you, which equipment would you bring and why?

BL: As a occasional sound recordist, I have recorded a few thousand sound effects in my time, and I would never be without my trusty old Zoom H4 portable sound recorder.

You can find out more about Lynne Publishing at lynnepublishing.com and their brand site, Shockwave-Sound, at shockwave-sound.com.