Video advertising – we as audience may have mixed feelings toward this form of creativity, because of our precedent experience with at times dull, lengthy TV commercials.

This isn’t the era where people would sit through the entire commercial break anymore, as we have more options building our visual experience – more platforms, more types of video advertising – we have grown into a critical, rather impatient digital content omnivore.

‘To skip, or not to skip?’ – that is the question for audience today.

On top of bringing creativity into video advertising, brands and creatives are facing the challenge caused by such acquired viewing habit of skipping video ads.

As a result, we are being introduced 6-second ads – some would call it bumper ads – aiming to capture our full attention within this short span of creativity.

Are you up for this 6-second ads challenge? Join us now.

As Google and YouTube introduce the bumper ad, as a 6-second online video advertising pitch, for advertisers and marketers, we notice online advertising actively catching up on this video ads trend.

Bearing common online advertising goals, it aims to increase a brand’s impact by amplifying its awareness and the retention of the message. For year 2016 alone, Google found out ‘70% of 6 sec bumper ads drove a significant lift in brand awareness, with an average lift of 9%.’

Some successful 6-second ads examples prove that, 6 seconds are practically sufficient for one selling function, one strong message, one story, to stir great reaction from the audience.

It’d be doubling the 6-second ads challenge if you plan to stuff more advertising ideas in, we’d suggest you start with one focus to build a bumper ad.

Take this Netflix online commercial ad for example, the storytelling surrounds one line – ‘America deserves Frank Underwood’ – to create a dramatic phrase, and strengthen the audience’s memory of the upcoming drama series House of Cards, all told by one main character Frank Underwood himself.

Does this 6-second storytelling sum it all up? We think so.

We love dramas.
The more dramatic the scene is, the harder it is for the audience to look away.

The tips to building up a dramatic tone are: big visual, cinematic music, and narrative with emotions.

Pondering on what background music you should use in the video?
Try to add some strong beats in 6-second ads to guide people through the video content.

Strong beats are the pulse to the audio content.
They pop out for people to recognize or even tap their feet to.

When being applied in a video, a string of strong beats is like a spine that supports the entire video structure.

Drop every text line at each beat or transit every shot based on the beats, so people would not miss a beat.

It differs from one mind to another to view the 6 seconds as more of a time constraint or a drive to put creativity in perfect order to evoke reaction.

“The core of every good story is change—a square becomes a circle; a character learns about herself; a landscape shifts. Six seconds is a limited time frame to show that transformation, so I knew I had to pinpoint the exact moment that everything changes.”

We suggest 3 visual effects to smooth out that core transformation of your 6-second storytelling.

Under time-lapse effect – where our perception towards speed between frames get a bit funny.

In plain English, time-lapse effect makes things appear to be moving faster. It is a great photography technique to adopt to ‘fast-forward’ scenes.

Aside from time-lapse effect, it might also be a great idea to play around with speed ramping technique in Premiere Pro or After Effects.

Without going into technical details, you achieve time-manipulation by changing speed amongst frames. Switching from normal speed to slow motion, audience can be attracted to a certain moment you’d like them to focus on upon the change of speed.

Stop motion in ads – it’s not groundbreaking, but definitely eye-catching.

Stop motion is a filming technique to arrange objects physically in small increments between frames, so that in video the frames appear to be independent motion played in sequence.

Stop motion animation moves the storytelling forward as each frame runs. It breaks visual elements into sequence with the subtle beats formed between change of frames.

Why not give stop motion a go for creating 6-second video ads?

Transition effect is primarily to help video creatives to smooth out scene changes without bumps. 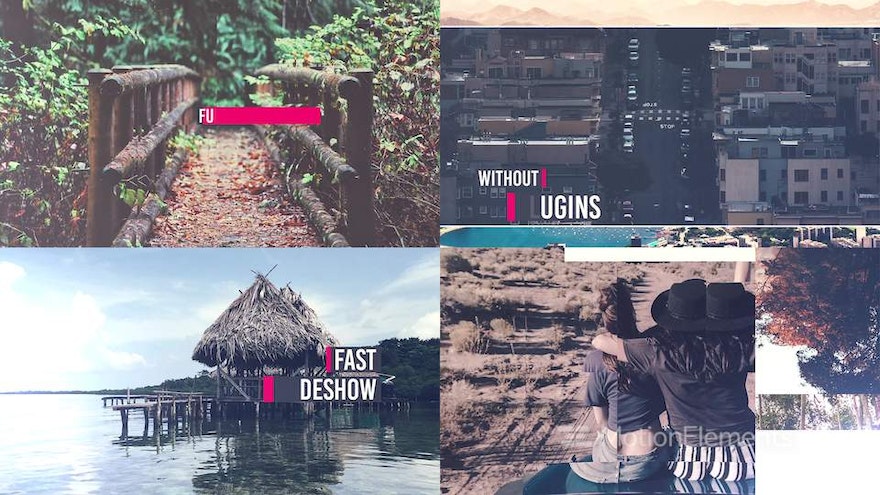 Dynamic commercials are evocative and they engage audience with emotions.

Transition effect brings adequate dynamite in your 6-second story and helps with the core transformation from start to end.

6-second creativity on the rise

Creativity is all about trying ideas out. Video platforms and creatives are adopting this 6-second video advertising format to capture attention from audience.

Are you in for this online advertising game?
Find your 6-second inspiration now.