After Effects is a video-compositing software used not only to edit videos, but to create vfx, add visual effects to footage, etc. After Effects templates are its customizable project files.

This article consists of the following topics:

What are “After Effects Templates”?

Generally speaking, when you work on a project in After Effects, you will use a file structure that is not formatted for use of other people: in contains confusing file and folder structures, disorder of elements, inconsistent file names, etc.

Templates, on the other hand, are well-organised, and thus easy to understand even though you are not its designer.

A text is easily customised with an After Effects template.

A good After Effects template is designed for its users to easily customise it only by changing text, colours, and design elements without understanding the whole complex structures created by the motion-graphic designer.

With the simplest types of templates, you just need to drag and drop your images in designated compositions and type texts in text layers to create your own customised version. 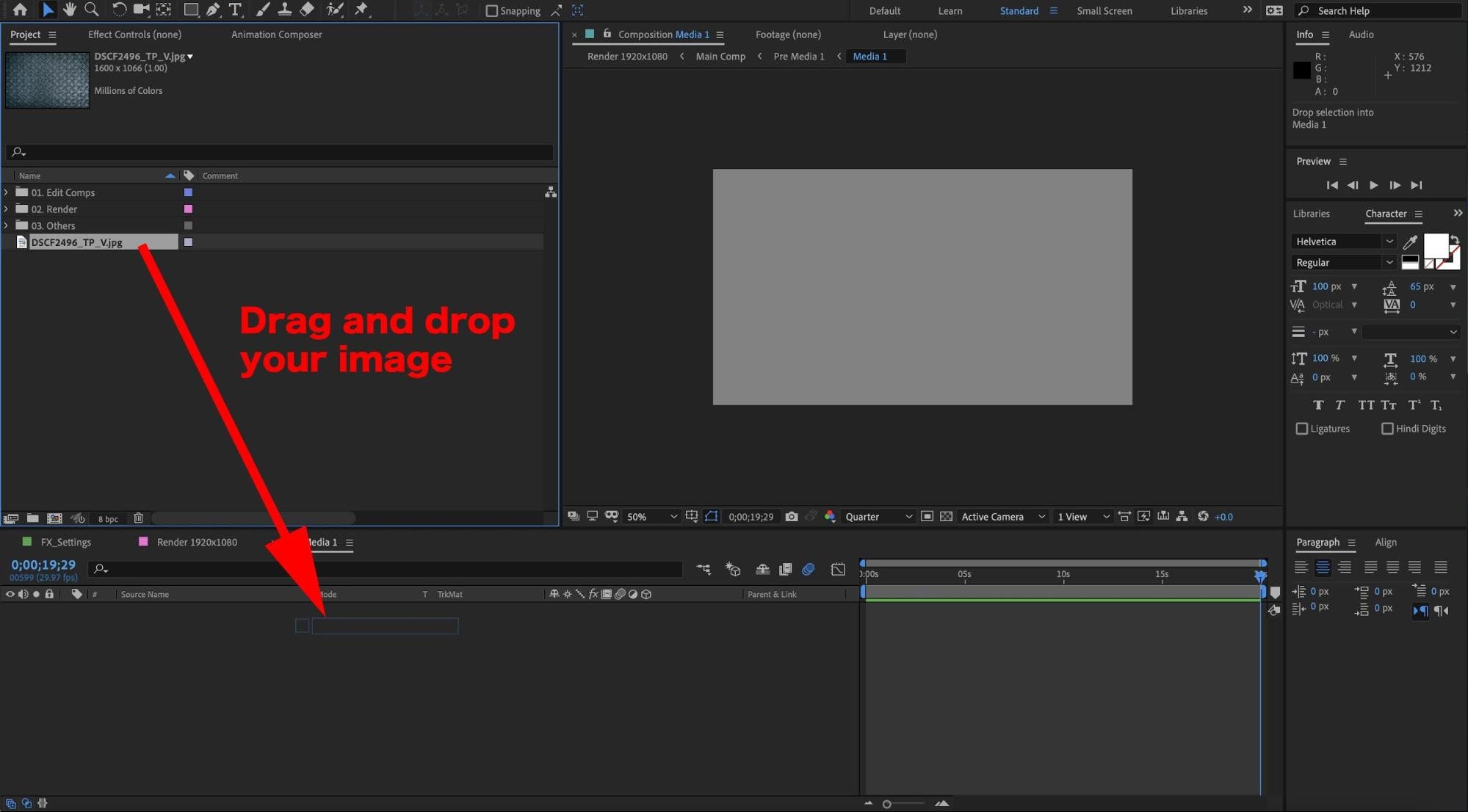 You just need to drag and drop an image in a composition, 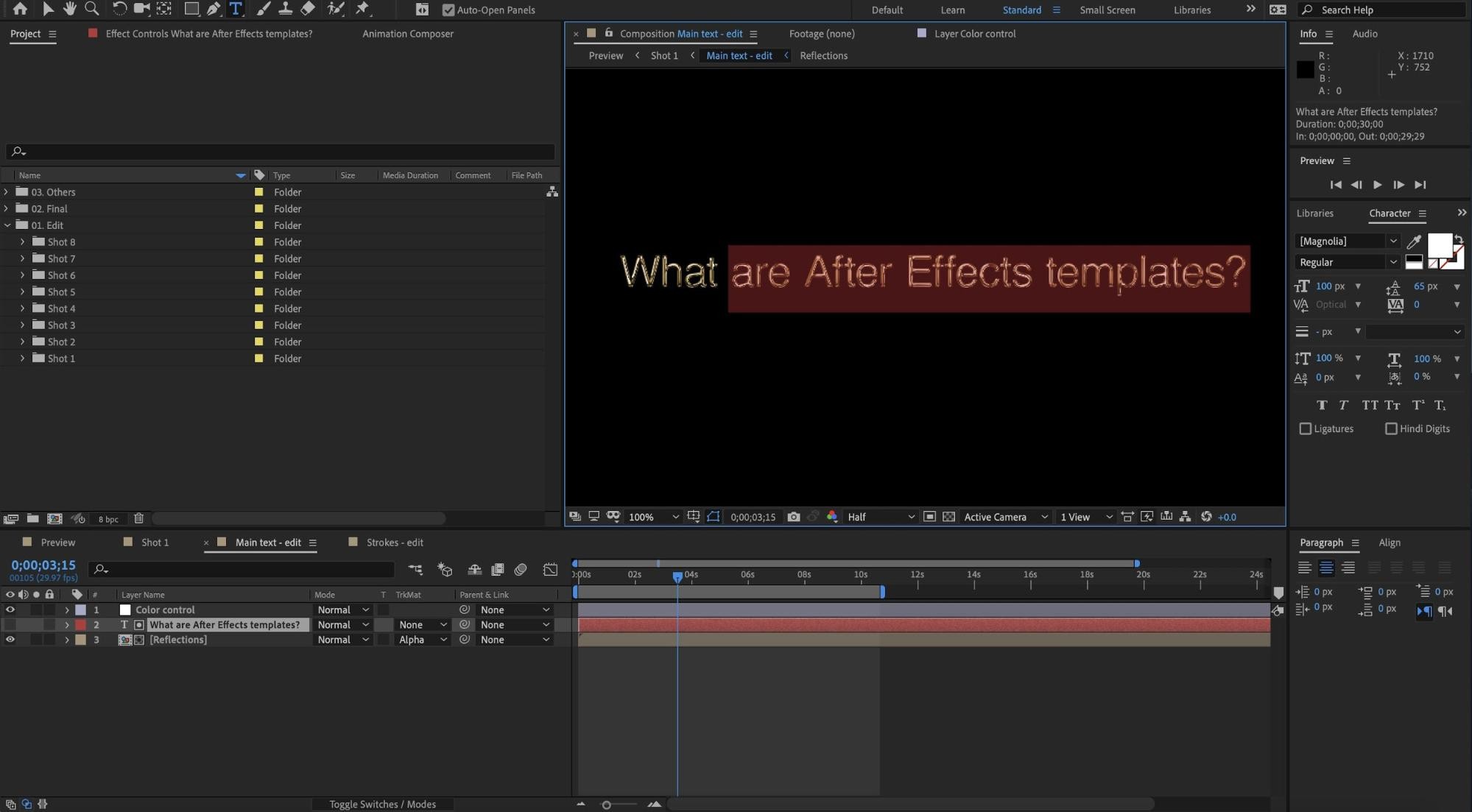 What is “After Effects”?

Adobe After Effects is a video-compositing software to create digital visual effects, motion graphics, compositing application, etc. developed by Adobe Systems and it is used in the post-production process of film-making and television production.

Adobe sells their software in a subscription pack called “Creative Cloud”, and the versions currently provided are After Effects CC 2018 and CC 2019 (CC stands for “Creative Cloud”).

You can subscribe to After Effects together with other Adobe softwares or individually. In order to use an After Effects template, you will need a subscription of Adobe After Effects on a Mac or Windows computer.

How to Use an After Effects Template

When you buy an After Effects template and download it, it generally comes with a folder with an After Effects project file, whose extension is .aep, and other assets (image files, movie files, sound files, etc.).

You can open it with After Effects by

With most of the templates, there is nothing you have to do with the files in asset folders, as they are already imported into the project file.

What is the Difference between Premiere Pro and After Effects?

Adobe Premiere Pro is an video-editing software that is intended for video editing.

It is mainly used in the cutting and splicing of film footage to make it more comprehensive.

For this purpose, Premiere Pro’s timeline look simpler and more organised than that of After Effects. It can also be used for adding simple effects to image and sound. Normally when you have footage that you have shot with a camera, you edit it in Premiere Pro.

Adobe After Effects is, as mentioned above, a video-compositing software that is used to create visual effects and motion graphics in a video.

After Effects is used to create more complicated effects for images of shorter duration that Premiere Pro and other video-editing software. Even though you do not have any video resources, it is fairly easy to create motion image from scratch with After Effects.

Generally speaking, if you want to be a film/video editor who creates an entire video of long duration without complicated effects, you should use Premiere Pro.

If you want to be a motion graphic designer who creates a video of short duration with many effects, After Effects will do your job. Many people seem to start off their career with Premiere Pro, and when they think they need to elaborate more on their creation, they start to use After Effects. Especially with the help of After Effects templates, however, it is not premature to use After Effects at the early stages of your career. 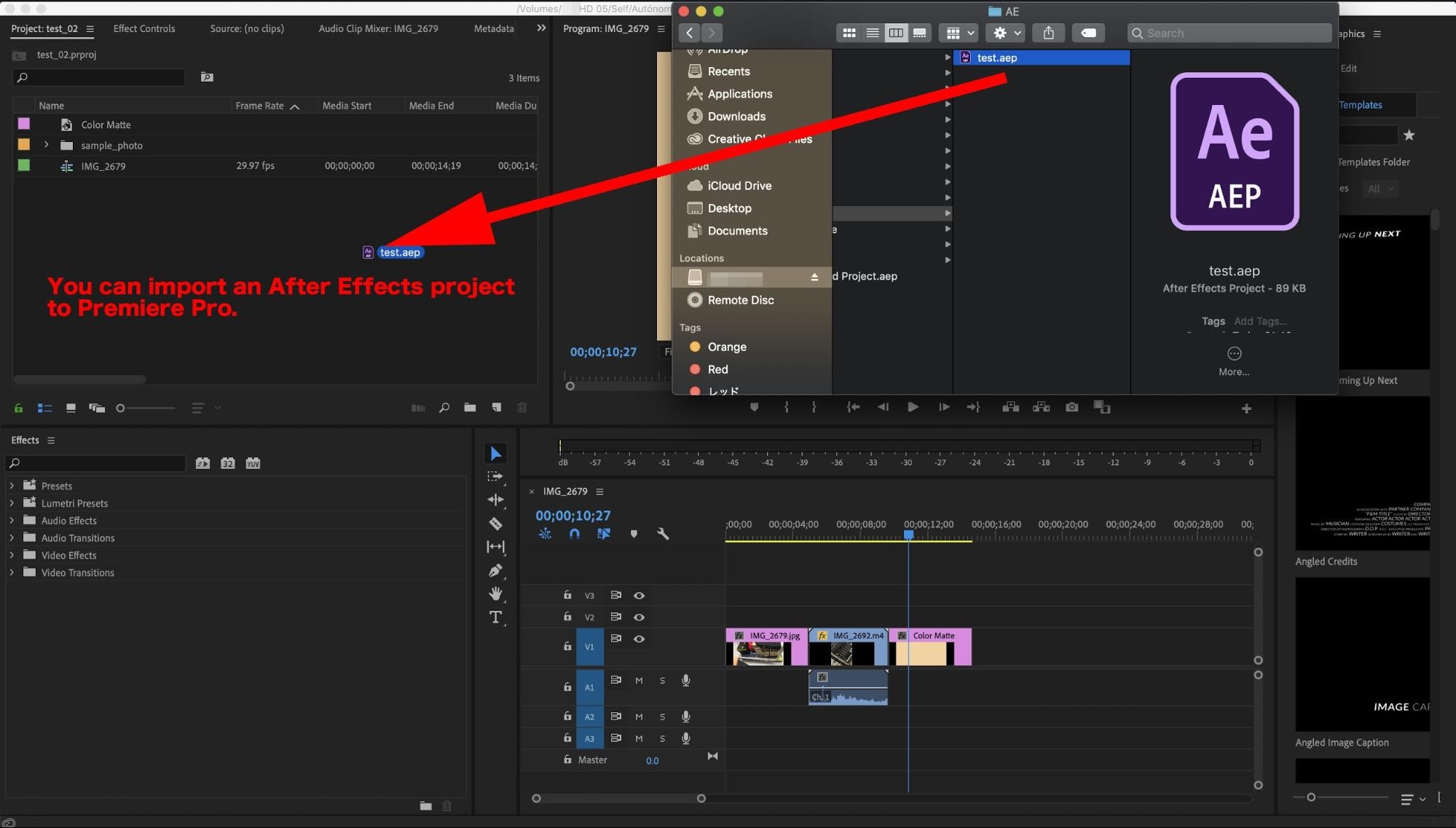 You can import an After Effects project directly to Premiere Pro 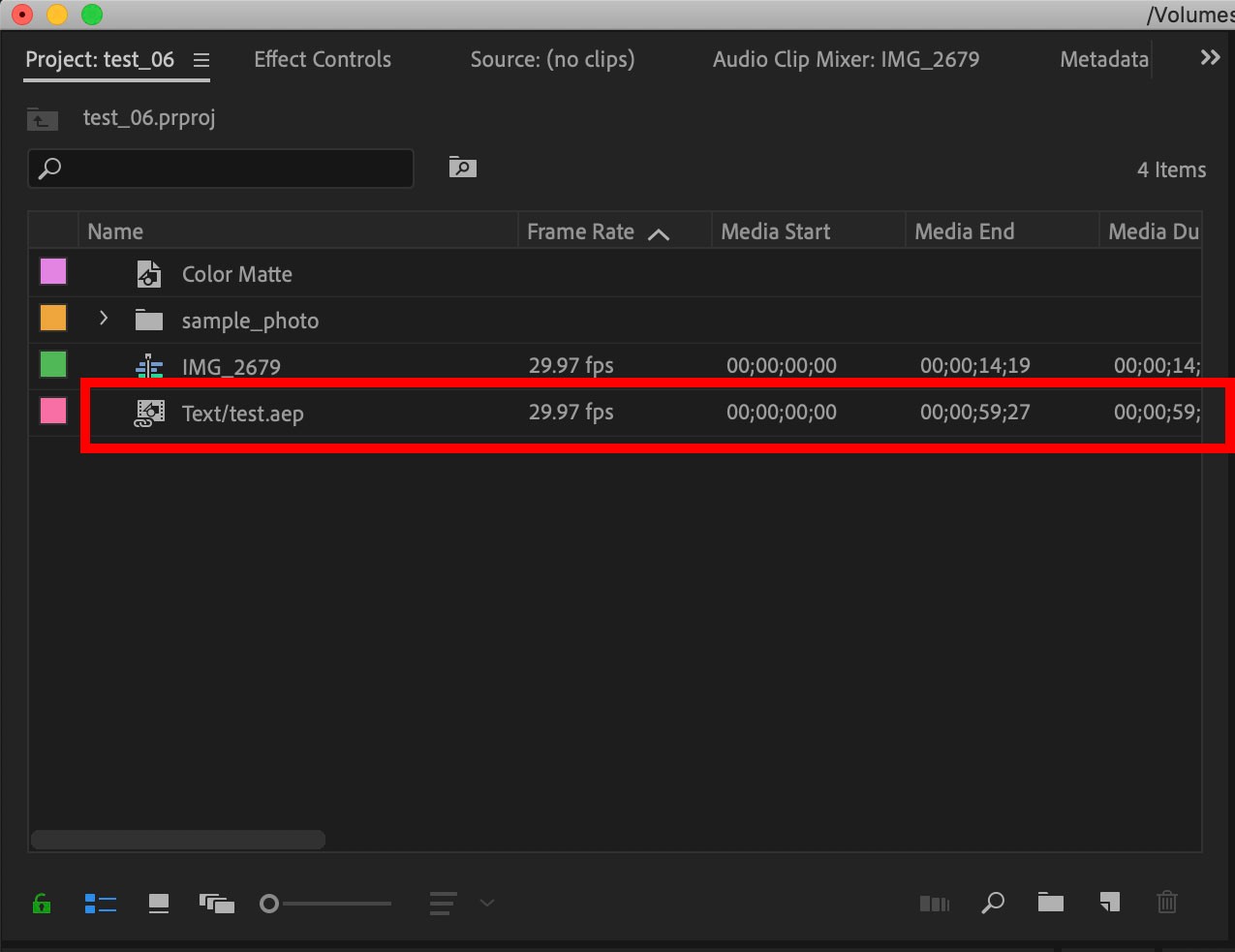 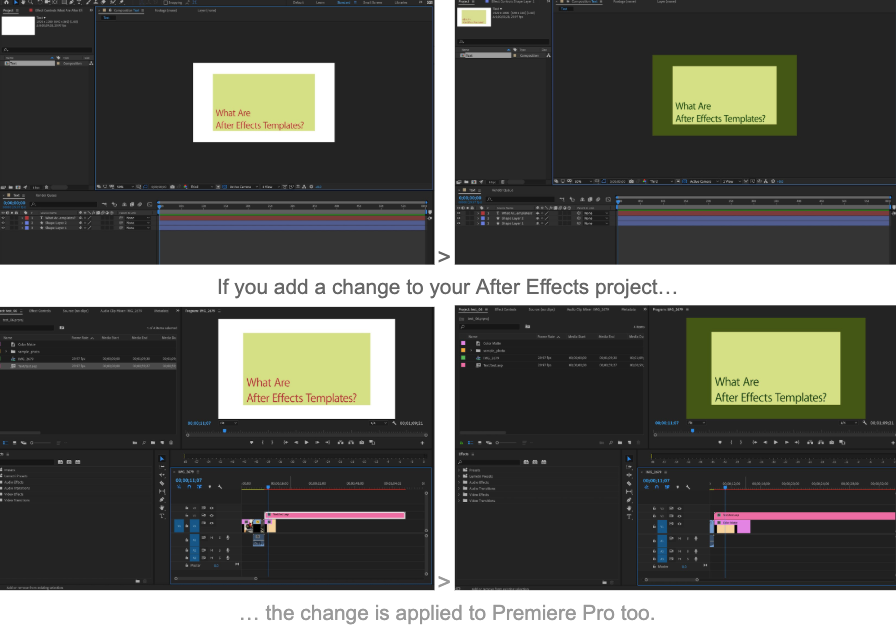 What Can After Effects Do?

The things which you can do with After Effects are quite diverse. Shown below are some examples along with the templates from MotionElements.

After Effects incorporates the title tool and paragraph tool which work very similarly to those found in most word processing software. What is more, After Effects has text-animation presets which allow users to automatically animate characters, words, or lines. So it is fairly easy to add effect and movement to texts. 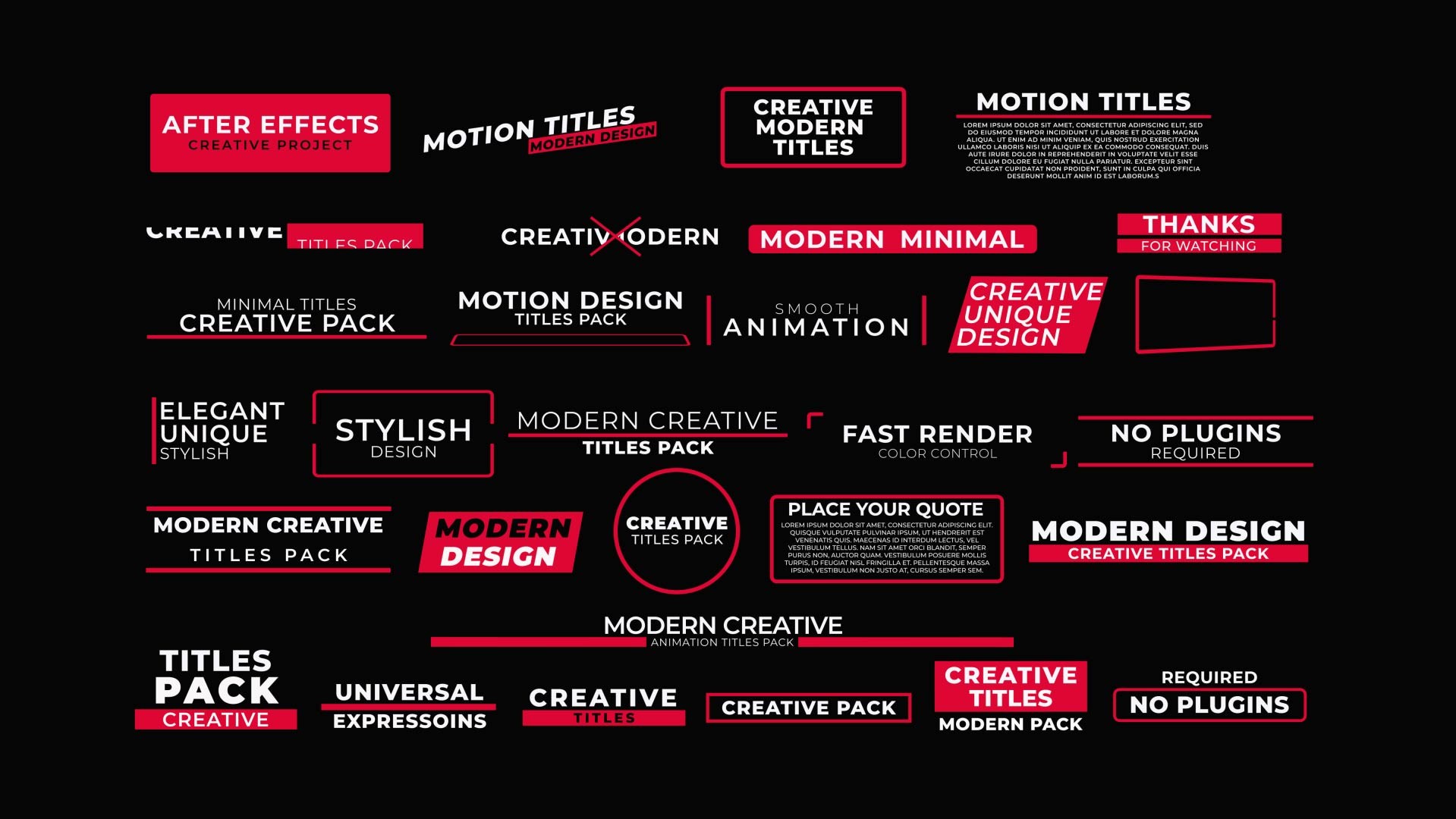 After Effects is also convenient to create more complicated transitions between movies or photos than those in other video-editing softwares like Premiere Pro. You may do this by changing the settings of image (position, size, opacity, etc.) layers and combining effects. It also has transition presets which you can apply to your image just by drag-and-drop.

In After Effects you can easily add movements and effects to graphic shapes. You may not only import image files like png, jpg, etc. but also image project files from Adobe Photoshop and Adobe Illustrator. Even when you do not have any image resources, you can create them inside After Effects from scratch.

What are the Differences between After Effects Templates, Presets, Plug-ins?

After Effects presets are made up of effects and effect keyframes. You can make a preset on your own if you create an interesting look on a single layer by combining effect and want to use it again in another layer. As the After Effects preset can be saved separately from its project file and imported into another project, you can use a preset created by another person.

Motion Elements also sells After Effects presets on our website as well as After Effects templates. When you, after creating a video on After Effects, think that it lacks some attraction, it is recommendable to search a preset that may enhance your video’s quality. 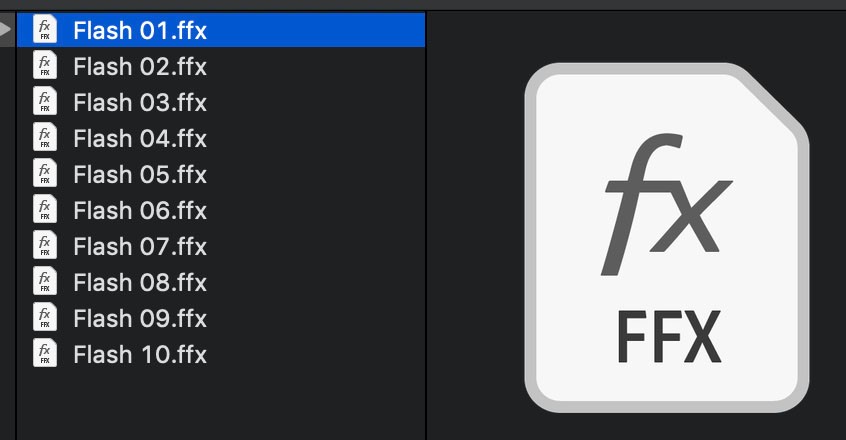 The extension of the preset is .ffx.

When using it, you need to put it inside “Presets” folder of After Effects application

Then it appears on “Effects & Presets panel” when you open a project.

Whereas the After Effects preset solely consists of “effects”, the After Effects template includes all the elements required to create a video or motion graphics. You can customise it with a few minor changes, and thus it is recommended to use when you have a project with a tight schedule or if you are a start-up designer and still want to create a professional looking video. 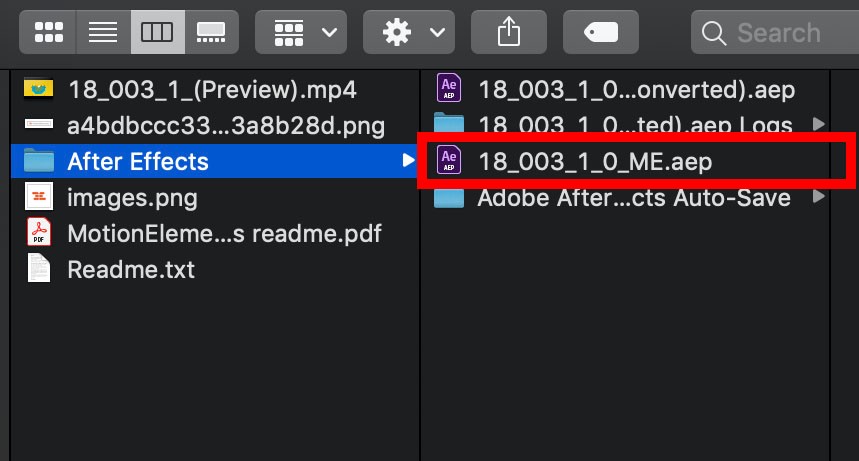 It comes as an After Effects project file, so its extension is .aep

The After effects plug-in gives extended functions beyond what is possible only within After Effects. For example, it enables you to create realistic 3D objects, superfine particles, natural textures, etc. It is possible to create a plug-in on your own, but its process is very complicated and in most cases it requires background coding.

Generally speaking, you buy a plug-in provided by third parties. Some After Effects templates provided by MotionElements do not function fully without a specific third party plug-in, so you need to check its requirement on a template page. How to find this information is shown below in “Cautionary Points When You Buy an After Effects Template”.

The plug-in functions after you put it in the folder “Plug-ins” inside the After Effects folder.

Cautionary Points When You Buy an After Effects Template

Before you purchase an After Effects template, it is highly recommended to look at “Details” on each template’s page. Picked up below are the items most important to have a look before a purchase.

Therefore, in most cases, you do not face a problem with a version mismatch. But you had better check up the version before a purchase you use just in case. 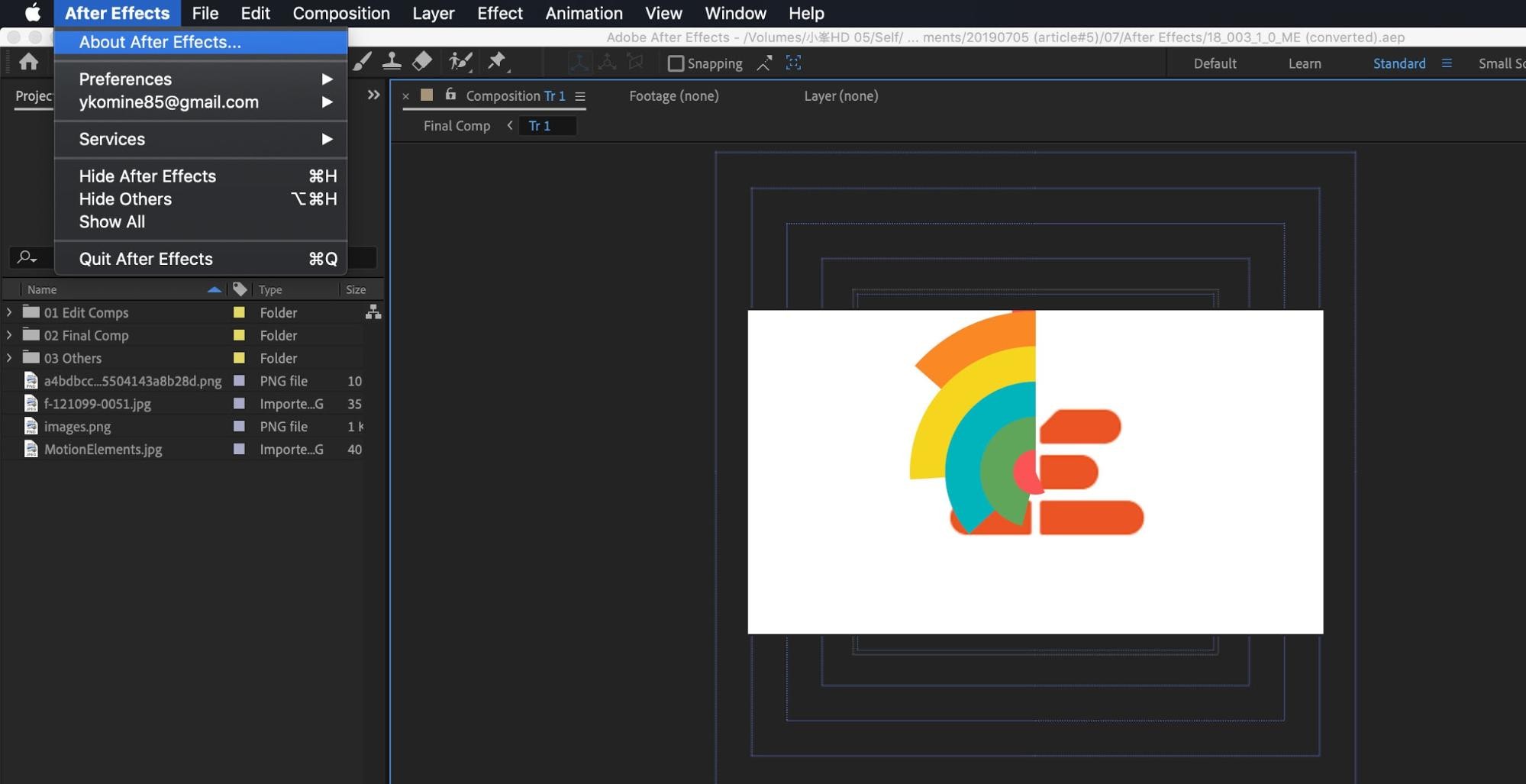 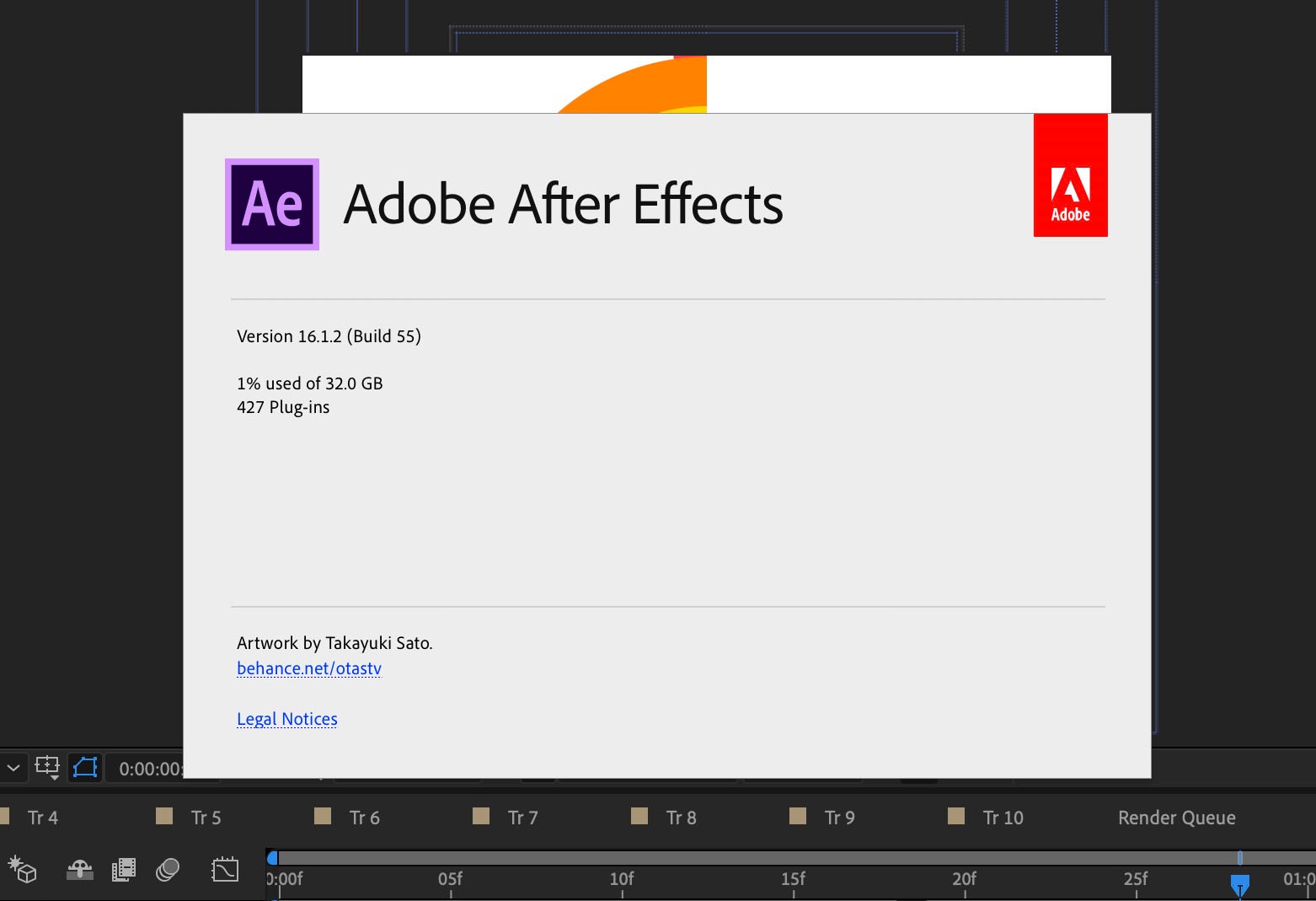 You can check your version like this. It does not appear with the “year”, so you need to search online the corresponding year to the number of each version.

It shows the Plug-in required in order to use this template with its best functionality. If you do not own the plug-in shown here, the result can be very different from that shown in the sample video. Therefore you should not buy a template with a plug-in that you do not own or you do not have a plan to buy.

This is the duration of an entire video when it is complete with this template. If your movie creating project has a time limit, you had better look at it.

This is the resolution of the video of this template. If your movie creating project has a requirement in its resolution, you had better look at it.

This is the file size of the folder that you will get by downloading this template. You may check the room of your HDD before you make a purchase, so that your computer safely restores this template.

This shows if this template meets the agreement of Motion Elements’ Royalty-Free Licensing Agreement. For more information, click the here .

This shows if this template includes music/sound effects files. Even though you like the sounds in the sample video, they may not be included in the template.

How can a Beginner Learn After Effects?

MotionElements also provide tutorials, which can be useful especially for users who assume to use the templates provided by Motion Elements.

There are also a number of websites and video-creators that present tutorials online, which may help you set up your career.

How much is After Effects?

The price for the subscription of Adobe After Effects is about $20 and that of more products altogether is about $50. As their prices change from time to time, you had better check on their website when you plan to buy it.

After Effects Templates are quite convenient not only for beginners, but also for experienced graphic designers especially when you want to spend less working hours on a project. Although you still need to have basic knowledge on After Effects in order to use its templates, along with tutorials provided by us or other organisations, you can create professional motion images.

If you like to learn more, check our After Effects Templates for video