Beginning from the home video era up to the most cutting-edge standards of today, video file formats have undergone some major changes. Different file formats do different things, and the right video format for a specific file isn’t necessarily the right one for the others. Each file format has its own set of specifics, and today, we’re going to look at 5 of the most common file formats every user will come across when streaming videos on the Web or playing them from the computer itself.

A normal video file in a digital format is made up of two parts, a “codec” and a “container”. A “codec” is used to compress and decompress a video file, as there are times where video files are too large and may cause difficulty when trying to download or play the file. Some examples of “codecs” are FFMpeg, DivX, XviD, and x264. A “container” is a collection of files that stores information about the digital file. It simply means there is a combination of both audio and video data in a single file to allow for simultaneous audio-with-video playback. Some popular types of “containers” are AVI, FLV, WMV, MP4, and MOV. 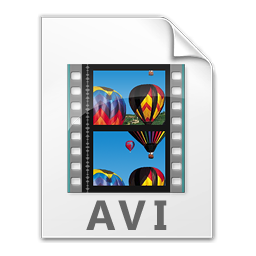 Developed by Microsoft and introduced to the public in November 1992 as part of its Video for Windows technology, the AVI format is one of the oldest video formats. It is so universally accepted that many people consider it the de facto standard for storing video and audio information on the computer. Due to it’s simple architecture, AVI files are able to run on a number of different systems like Windows, Macintosh, Linux; is also supported by popular web browsers. AVI files stores data that can be encoded in a number of different codec’s, although most commonly with M-JPEG or DivX codecs. This means that all AVI files, while they may look similar on the outside, differ substantially from one another on the inside. 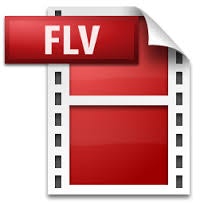 FLV files are videos that are encoded by Adobe Flash software, usually with codecs following the Sorenson Spark or VP6 video compression formats. They can be played via the Adobe Flash Player, web browser plugins or one of several third party programs. Since virtually everyone has the player installed on their browsers, it has become the most common online video viewing platform used on the Web today. As almost all video sharing sites such as Youtube stream videos in Flash, practically all browsers support and are compatible with the Flash Video format and can play the video with ease. In addition to being an online video viewing format, the Flash Video format is also what many video-sharing sites convert videos to, from formats that were uploaded by their users in something other than Flash. This is because videos in the FLV format remain in high quality even after compression to a smaller file size, which means that the videos on the Web load quickly and won’t spend a lot of time using up bandwidth. Some notable users of the Flash Video are Youtube, Yahoo! Video, VEVO, Hulu and Myspace among many others.

Developed by Microsoft, WMV was originally designed for web streaming applications, as a competitor to RealVideo, but it can now cater to more specialized content. WMV files are the tiniest video files over the Web, as their file size decreases significantly after compression, which results in poor video quality. However, one advantage of this small file size is that it is probably the only video file format that allows users to upload and share their videos through the e-mail system. Being a Microsoft software, the Windows Media Player is the main application that is used to play WMV files on all Microsoft’s Windows operating systems, but there are also WMV players available for free for the Macintosh operating system. 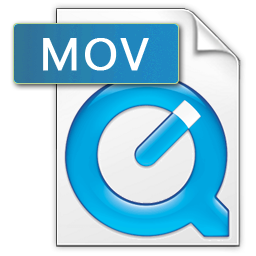 Developed by Apple. Inc, the QuickTime file format is a popular type of video sharing and viewing format amongst Macintosh users, and is often used on the Web, and for saving movie and video files. In recent years, Apple came up with a newer version called QuickTime X, currently available on Mac OS X Snow Leopard, Lion and Mountain Lion. MOV files are most commonly opened via the Apple QuickTime Player for the Macintosh Operating System. However, MOV files are not just limited to being played on Apple computers, as there is a free version of the QuickTime Player available for the Windows Operating System among many other players. Considered one of the best looking file formats, MOV files are of high quality and are usually big in file size.

MP4 is an abbreviated term for MPEG-4 Part 14, a standard developed by the Motion Pictures Expert Group who was responsible for setting industry standards regarding digital audio and video, and is commonly used for sharing video files on the Web. First introduced in 1998, the MPEG-4 video format uses separate compression for audio and video tracks; video is compressed with MPEG-4 or H.264 video encoding; and audio is compressed using AAC compression. The MP4 file format is also another great file sharing format for the Web, MP4 file sizes are relatively small but the quality remains high even after compression. MP4 standard is also becoming more popular than FLV for online video sharing, as it compatible with both online and mobile browsers and also supported by the new HTML5.

At MotionElements, when selling with us, we accept your stock footage in both AVI and MOV file formats, although the MOV file format is more highly recommended because of its preservation of high quality even after compression.

Join Now and upload your works with us to get passive income or find more high quality footage and animation suited for all kinds of video production.